Cheat day is a common trick of dietary promoters. It is used as a hook to draw people in to their program. But the promotion of a cheat day can bring devastating results. 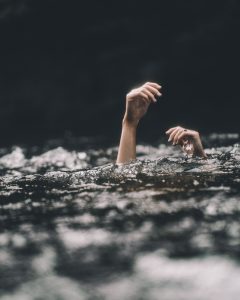 We got a call from someone recently that had just been to the emergency room. They could not think. They had no ability to communicate. This person thought that they were having a stroke!

Their spouse told the doctors that this response was probably linked to a cheat day meal. Wheat had caused this type of response in the past.

How did all of this start?

The family had been away at some event. They went out to eat with some friends. The restaurant mixed up their order of gluten free with a wheat substitute.

They hadn’t meant to have a cheat day, the restaurant made a mistake.

The introduction of wheat combined with a few other conditions led to the crisis with a trip to the ER.

So let’s look at what happens when someone eats a food that they shouldn’t.

* The Gut Lining get inflamed.
* The Inflamed Gut Lining Starts to leak.
* The Leaking Gut releases toxins into the blood.
* The Gut flora begins to change.
* Pathogenic opportunists begin to proliferate in the gut.
* The liver gets overwhelmed trying to catch the flood of toxins.
* The toxins spill out into the blood.
* The increasing toxic load overwhelms the immune system.
* The immune system becomes hyperactive.
* Hyperactive immune systems can start autoimmune responses.
* The brain starts to leak.
* The leaking brain allows toxins in.
* Toxins in the brain disrupt nerve integrity.
* The brain and nervous system start to short circuit through a process called demyelination.
* Demyelination leads to neuropathy.
* The inflammation causes the adrenal gland to produce cortisol.
* Cortisol raises blood sugar.
* The rise in blood sugar causes a rise in insulin.
* Insulin & Cortisol turn on Aromatase that disregulates sexual hormones.
* Cortisol steals the sexual hormone precursors.
* HPA dysregulation follows.

As the brush border atrophies, the flora no longer has a place to attach, so it is carried away as the food passes through the intestine. The flora in no longer able to keep pathogens in check, which allows pathogens to grow in the gut.

The inflammatory byproducts also irritate the nerves in the gut lining. This causes the vagus nerve to become hyper-reactive, changing the nerve input into the other organs and central nervous system. This can escalate into global organ dysfunction throughout the body.

The rise in toxic influx into the liver can easily overwhelm the liver. Toxins then spill out into the blood and spread throughout the entire body.

The rise in toxins causes several responses. The immune system becomes hyper-reactive, which can create autoimmune responses. The toxins try to escape through the secondary elimination organs: the skin and the lungs. Toxins begin to hide in fatty tissues.

The skin and the lungs become irritated through the toxic escape. This cause skin rashes and asthma like reactions.

Call Us Text Us